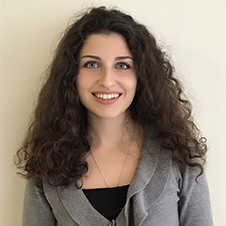 Yana Akopian is half Armenian half Russian, and she grew up in Moscow. She obtained her master’s degree in law in Moscow State University of Lomonosov. Yana is a legal counsel with a 4-year professional experience in international companies (Alstom and General Electric). She has participated in round tables of the Association of Corporate lawyers in Russia as well as conferences of American Chamber of Commerce in Russia. Additionally, Yana has participated in the GE Women’s Network Russia. 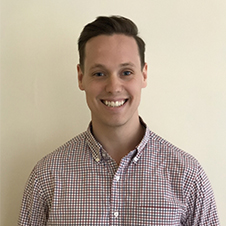 Justin Campbell is a third-year JD student specializing in International and Transactional Law at the University of California Hastings, College of the Law in San Francisco, California. Last summer, Justin interned at Baker McKenzie’s International Commercial Practice Group in San Francisco. He was born in the suburbs of Paris, France but moved to the San Francisco Bay Area when he was six. He received a BA in History from Cal Poly in San Luis Obispo in 2013. As an undergraduate student, he also studied Arabic and French as a foreign exchange student in Paris, France and the West Bank, Palestine. 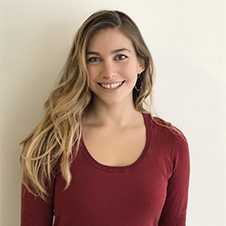 Alexandra Fuhr was born in Paris and moved to Chicago when she was five years old. She attended McGill University, where she completed her B.A. in Political Science and International development. During that time, she did a year abroad at Paris IV, Sorbonne. She then attended Fordham Law School. While at Fordham, she took advantage of opportunities to learn and work on international law and Human Rights issues. She spent a summer abroad in Ghana, where she took a Human Rights course at GIMPA law school and then completed a judicial internship with Ghanaian Supreme Court Justice Atuguba. This past summer, she interned for the New York State Division of Human Rights and then went to Yangon, Myanmar to intern for Justice Base. She is currently attending the LLM program in European Law at Paris 2 Panthéon-Assas University. 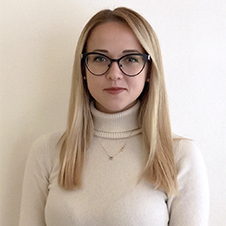 Olga Gridina was born and raised in Ukraine. She started her career as a lawyer in an international law firm being a third-year student at the National Academy of Internal Affairs of Ukraine. Having five years of experience in an international firm and a master’s degree with honors, she continued her career in the UN Human Rights Monitoring Mission in Ukraine that operates under the mandate of the United Nations High Commissioner for Human Rights to contribute to Human Rights protection during the conflict in Ukraine. After almost three years of work with the UN, and when the conflict in Ukraine has reached its three years mark, Olga continued her career in the field of Human Rights and International Humanitarian law with the Danish Refugee Council as the Coordinator of Legal Project that provided legal assistance to conflict-affected population and advocated for their protection on different fora. Afterwards, she joined the LLM European Law program at Assas to strengthen her knowledge in European and international law. 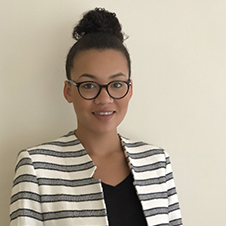 Janeene Desare Iles was born and raised in the San Francisco Bay Area in California. She later went on to study at the University of California Berkeley where she double majored and attained her Bachelor of Arts degree in International Law and Human Rights and French. Currently, she is completing her Juris Doctor degree at the University of California Hastings, College of the Law and simultaneously attaining her Master's in European Law at the Université-Paris II Panthéon Assas. Janeene will be joining the litigation group at Skadden, Arps, Slate, Meagher & Flom LLP in the Silicon Valley in the fall of 2018. 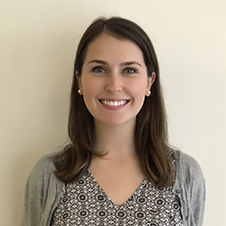 Johanna Kanes was born and raised in San Francisco, California. She completed a B.A. in International Relations focused on Peace and Global Security, and a B.A. in French from the University of California, Davis. Johanna spent a summer interning in Washington D.C. for a government defense consulting firm, and a summer in Geneva, Switzerland completing course work for her B.A. In the spring of 2018, Johanna will receive her J.D. from the University of California, Hastings College of the Law. While at UC Hastings, Johanna was a member of the Business Law Journal, and competed for the school’s Alternative Dispute Resolution Team. Additionally, Johanna worked as a law clerk for Valle Makoff, a boutique business litigation firm, gaining valuable litigation experience in California. Johanna volunteers for International Action Network for Gender Equity and the Law (IANGEL), and in her spare time loves to explore Paris with friends. 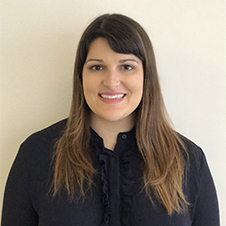 Cristina Lloyd is an American law student, born in Washington and raised in California. After earning a bachelor’s degree in Psychology and a minor in Law and Society from the University of California San Diego, where she was a veteran research assistant in the Language Production Lab and an NCAA rower, Cristina moved to Boston, Massachusetts to chase her legal dreams. At Boston University School of Law, Cristina served as President of the International Law Society, a BU Law Admissions Ambassador, a 1L peer advisor, and a Note Editor for the International Law Journal. Cristina spent her 1L summer working for the BUSL Civil Litigation Clinic at Greater Boston Legal Services, representing under-privileged Boston citizens in housing court, probate, and family court, and before the Division of Unemployment Insurance. During her 2L summer, Cristina worked in as a summer associate at Fragomen, Del Rey, Bernsen & Loewy in immigration law for the EB-1/O-1 Aliens of Extraordinary Ability visa team. Cristina is passionate about moot court and has competed in the Edward C. Stone Moot Court, for which she was named Best Oralist, and the selective Homer Albers Prize Moot Court Competition at BU Law. She will represent BU Law at the Seigenthaler-Sutherland National First Amendment Moot Court in Washington, D.C. in March 2018. Cristina developed a serious interest in International Arbitration and Litigation when her parents relocated abroad, first to Kuwait, and then to China, and her interest and enthusiasm for the career field grew during her time at BU Law. Upon completing the LLM in European Law at Panthéon-Assas and receiving her JD from BU Law (both in May 2018), Cristina hopes to bring her academic talents and exuberance to a firm’s International Arbitration department. 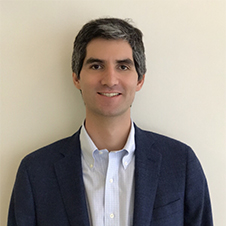 Diego Mendoza Benavente was born and raised in Santiago de Chile, South America. He obtained his JD Law Degree at the University of Chile Law School and graduated as a lawyer in 2015. During his undergraduate career, Diego participated in two editions of the International Congress on Civil Law, held in Santiago, with participation of national and foreign Law specialists. After graduating, he has been working at Aylwin Mendoza Luksic & Valencia attorneys-at- law, a traditional Law firm based in Santiago, focusing his expertise on Corporate Law, Consumer Law and Civil Contracts. Due to his permanent counseling given to several European companies with presence in Chile, he decided to study an LL.M. in European Law to improve his skills at International Contracts, Competition Law and to expand his knowledge on EU Institutions. The opportunity to learn Consumer Law and Company Law was an early interest in his professional career while he was living at Santiago, and the possibility to stay in France at a crucial moment for the European Union, were a major motivation to choose this program. Additionally, the participation of teachers from different countries and formations would be fundamental to obtain a better understanding on how the European Union’s institutions are working nowadays. 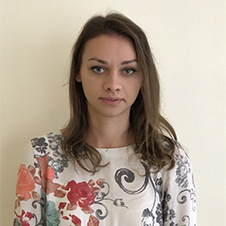 Jelena Skoric was born in Serbia. She graduated from the Faculty of Law, University of Novi Sad, where she also completed her Master studies. She obtained a master’s degree at the Department of History of State and Law. After her graduation, she completed a traineeship at the Novi Sad Higher Court. She gained professional experience in the sector of higher education, as an intern at the Rectorate of the University of Novi Sad.