Students / Alumni
Student testimonial
Discover the testimonials of our students 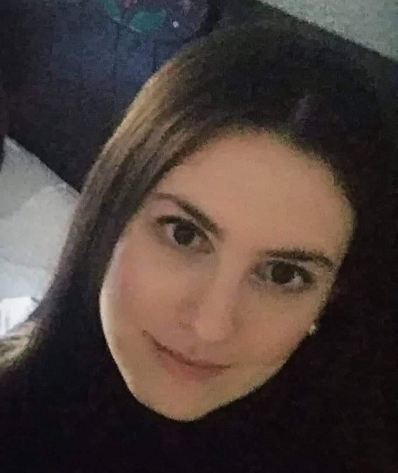 There is no place more suitable for someone to study European Law than in Paris-Panthéon-Assas université; and there is no city more appropriate for someone to apprehend the European spirit than the glorious Paris. Studying in this LL.M. Program gave me an incredibly fruitful and transformational year. Being taught by the leading experts of each field was both an honor and a privilege. Our professors helped each and one of us to experience the program in the way we had envisioned it and shared with us both knowledge and inspiration, taking the role of a true mentor. Moreover, the journey became even more exciting because of the accomplished, driven, and immensely talented classmates I met, coming from different backgrounds and bringing in their own special perspective. The LL.M. in European Law offers a deep insight to a broad spectrum of the discipline. However, the program’s qualities are far beyond than merely studying the EU law system. It is about a polymorphous and extremely rewarding experience, a valuable life lesson for young scholars and legal practitioners. In other words, highly recommended! 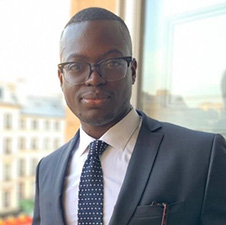 I was rare as an American law student who was more interested in international law and policy than in our domestic system. Sure, I had been excited at the prospect of studying in a culturally rich cosmopolitan city. I now live and work in Europe and had not initially realized how many doors this program would open for me.
I am thankful for having had the opportunity to study at one of Europe’s most renowned legal institutions. I had the company of students with impressive academic and professional backgrounds: each of them pushing me to be better in some way. I had access to Europe’s most pre-eminent legal scholars who taught us attentively. I felt lucky every day to learn different legal aspect of the world’s most intricate political and economic union. I discussed fascinating and current legal issues: not just in class, but with officials working for the EU’s institutions. I know few other programs if any would have offered me this invaluable experience. I valued the chance to learn from the students in my cohort, our phenomenal professors, and the practitioners with whom we visited. I am grateful for the connections I got to make and proud of the community we have created for ourselves. I encourage you to join us. 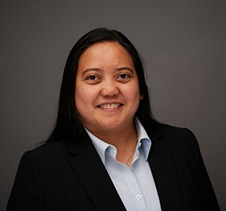 The LL.M. in European Law program at Paris-Panthéon-Assas université provides a rich and fulfilling experience both academically and culturally. Not only did it broaden my intellectual perspective and allowed me to build a strong foundation of EU law and legal procedure, but it also fostered camaraderie and produced lasting friendships with fellow students from all over the world. The small class size made it possible to create a sense of community among the students and develop a close relationship with the faculty. Our faculty consisted of academically and professionally accomplished educators who were internationally recognized authorities in their respective fields. We learned from world-class law professors dedicated to helping us reach our full academic potential. Despite having busy schedules, they were accessible and willing to guide students in whatever would best prepare us for our legal careers. Even after graduation, they have remained open and available to us whenever we reach out for advice or recommendations.
With the above being said, the best part of the program was meeting individuals from different countries and backgrounds. Each one of the 16 students in our class had something unique and valuable to contribute to the group. This diversity enabled us to bring our academic and professional experiences to the table and it produced lively and engaged intellectual debates inside and outside the classroom. We had different views, but mutual respect was always a common ground. By the end of the program, the class became our "Paris family." Two years after graduation, we are still in regular contact with each other socially and professionally. We encourage each other, collaborate on professional projects, and refer each other for job opportunities and career advancement. Choosing this program is one of the best decisions I have made in my legal education.

Visit to the European Court of Justice 2017-2018, by Cristina Lloyd

One of the best things about studying in Europe is how accessible so much of the continent is. As part of our degree program, the University program brought students to Luxembourg for a week to attend seminars and visit the European Court of Justice. The Court of Justice of the European Union is made up of two courts - the General Court, which is a court of first instance and hears cases brought against any of the EU institutions (the Commission, the Council, etc) by member states or individuals, and the European Court of Justice, which is the highest court in the EU, is responsible for interpreting and applying EU law, and handles all preliminary rulings and appeals from the General Court.

The Court of Justice is half a legal institution, half a giant interpretation centre. Our guide for the week told us that the average ECJ employee (including general staff) speaks 7 languages fluently. Hearings are probably the most incredible language feat that the Court pulls off. Though French is the official language of the Court (all judges and Advocate Generals speak French in hearings), attorneys and parties before the Court plead in their national languages. When the Commission (the executive office of the EU, responsible for implementing ECJ decisions and proposing legislation, among other duties) pleads in a case as well, the attorneys for the Commission can plead in any language they choose.

The courtrooms are lined with two floors of glass-walled interpretation boxes. Each seat in the courtroom, including all the seats for the attorneys, judges, référendaires (legal secretaries), and the audience, is equipped with a small device that loops around one ear and is worn a bit like a headphone. A box in each seat allows you to change the channel, and the channel for each language is listed electronically on the front of each interpretation box. Basically, a hearing proceeds as normal, but at any given time, up to 5 or 6 different languages could be being used! Everything happens in real time- each interpretation box has anywhere from 2-4 interpreters, depending on the languages being used. Not every language is interpreted in every hearing, requests are sent in for which languages to provide for each hearing in addition to the languages the attorneys, parties, and judges will be using. Once things begin, the interpreters translate as quickly as the speakers speak- there really is zero delay!

We spent a full day attending seminars at the Academy of European Law in Trier, Germany, and two days in Luxembourg at the Court. We attended a briefing of the case we were to hear that day by one of the judge’s référendaires. The case we heard on Day 1 concerned a preliminary reference from a Hungarian Court about the mutual recognition of judgments in criminal matters. The case involved a Hungarian national who received and served a sentence for attempted theft in Austria and how the procedure under Hungarian national law for transposing this sentence interacted with the Treaty on the Functioning of the European Union (one of the major governing EU treaties).  The case on Day 2 was a preliminary reference from a national court in Spain concerning employment contracts and workers’ rights. The individual party concerned in the case was present with her attorney, as was the company in question, and the Spanish government and the Commission. Oftentimes, in preliminary rulings, just the government attends, and the Commission gives a pleading as well, so it was neat to have so many parties present and pleading and to hear their different opinions.

In addition to attending hearings, we had seminar sessions with attorneys from the Research Department of the Court, with Judge Tomljenović from the General Court, and with Roland Klages, legal secretary to AG Spzunar (who was unfortunately sick). The presentations were all amazing- in particular, Roland Klages spent much time with us, answering all our enthusiastic questions, and Judge Tomljenović spoke candidly about women in the Court.

Early in the course, we went on a day trip to Brussels where a program of educational visits to the European Parliament and Commission gave us an overview and first-hand experience of the EU institutions which we will be studying.

We started our day at the European Parliament where our group listened to a presentation about the history and status of the EU, how the Parliament works, its evolution and the impact it makes across Europe and the world. By the afternoon, we moved to the Commission’s building where we received a detailed presentation about the European Commission as the political executive of the EU by Mr. Marco Lopriore, a member of the speakers’ team, DG for Communication. This was followed by two presentations on select fields of law in the EU — Competition Policy and Asylum Law. Our speakers were Ramona Ianus from the State Aid Policy and Case Support Unit, DG Competition and Borbala Szigeti, from the Asylum Unit, DG Migration and Home Affairs.

This experience provided an excellent opportunity for exposure to various units and functions of the Commission and Parliament and it gave us a glimpse of how the concepts and theories that we are learning in class is put into practice. For a non-EU citizen, this experience was particularly helpful because it created a clearer picture of the structures of the European Union's institutions and the EU’s presence in Brussels.