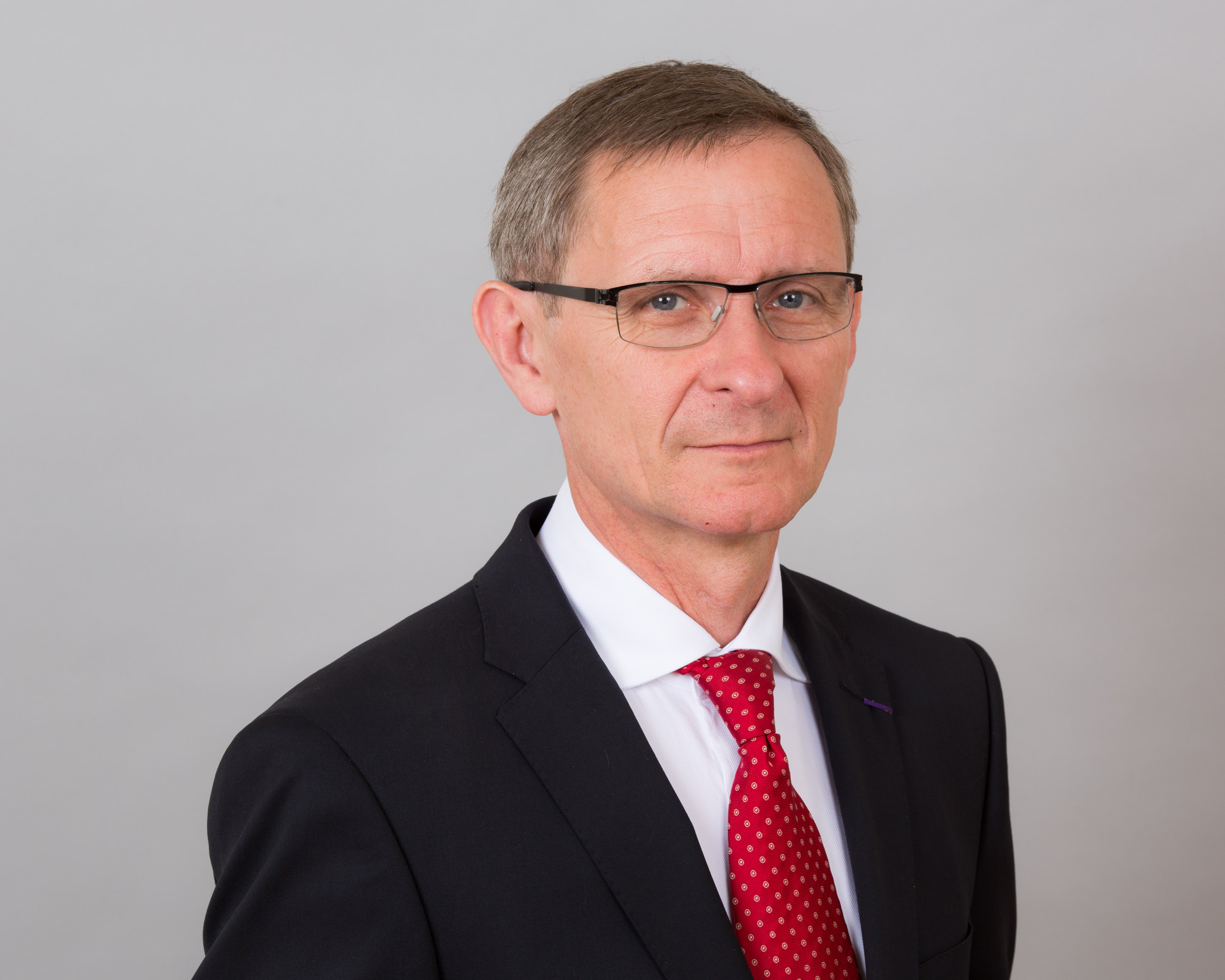 He is Director of the doctoral school of private law and in charge of the administrative service “Quality/Assessment”. He is also vice-president of the department of private law.

He is the author of several books (Banking law/Droit bancaire, LGDJ 12° éd. 2017 ; Financial law/Droit financier (in collaboration), LGDJ 1° éd. 2017 ; Banking and Financial European and international regulation/Régulation bancaire et financière européenne et internationale, Bruylant 3° éd. 2016 and 4° éd. 2018) and numerous articles on these subjects. He is a columnist for several law journals. One of the columns is related to financial European and international law.

Panel member in several French or English law magazines (Bulletin Joly Bourse ; Banque et droit ; Corporate finance and Capital Markets Law Review, Journal of Financial Regulation), he is co-director of one of them (Revue de droit bancaire et financier), the chairman of the Scientific Council of the International Review of Financial Services (IRFS) and a board member of European Society for banking law and financial Law. He also contributes to the European Banking Institute (EBI).

He acts as a legal consultant or expert for law firms and financial institutions, in Paris, in London and in the USA. 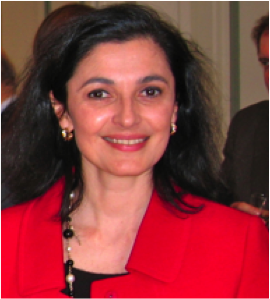 History of the European Idea

Emmanuelle Chevreau is a Roman law Professor at the University Paris II Panthéon-Assas, President of Section Legal History of the Conseil National des Universités and President of the Conseil National du Droit as well as Director of the Institute of Roman law. Mme Chevreau holds a double undergraduate degree and a double master in Law and History from universities of Paris II and Paris IV-Sorbonne. She also directs an International PhD program on “legal pluralism” in association with the University of Palermo (Sicily).

She is also a member of several editorial committees of French and foreign recognized law publishers.

She is regularly a visiting professor in many universities not only in Europe but also in the US, Chile, Argentina and Lebanon.

Since September 2018 Marc Clément is presiding judge at Administrative Tribunal of Lyon (France). In addition, he is since 2014 member of the French Environmental Authority (Autorité environnementale, French national committee providing opinions on the quality of impact assessments in the context of public participation) and from 2015 member of the Deontological Committee of the Institut de Radioprotection et de Sûreté Nucléaire (Nuclear safety). He was appointed Member of the Aarhus Convention Compliance Committee (UNECE) by the Meeting of the Parties of the Convention in September 2017.

He published in 2010 « Environment European Law» Editions Larcier (third edition published in 2016) and contributed to the following books: Waste Management in European Law (Eleven International Publishing, 2014), The Habitats Directive in its EU Environmental Law Context (Editions Routledge Novembre 2014) “Global Objectives and Scope of the Habitats Directive: What does the Obligation of Result Mean in Practice?”.

He is a founding Member and Member of the Council of the European Law Institute (www.europeanlawinstitute.eu ). He was a member of experts groups of the European Commission in the domains of Access to Justice and Training of Judges in Environment. 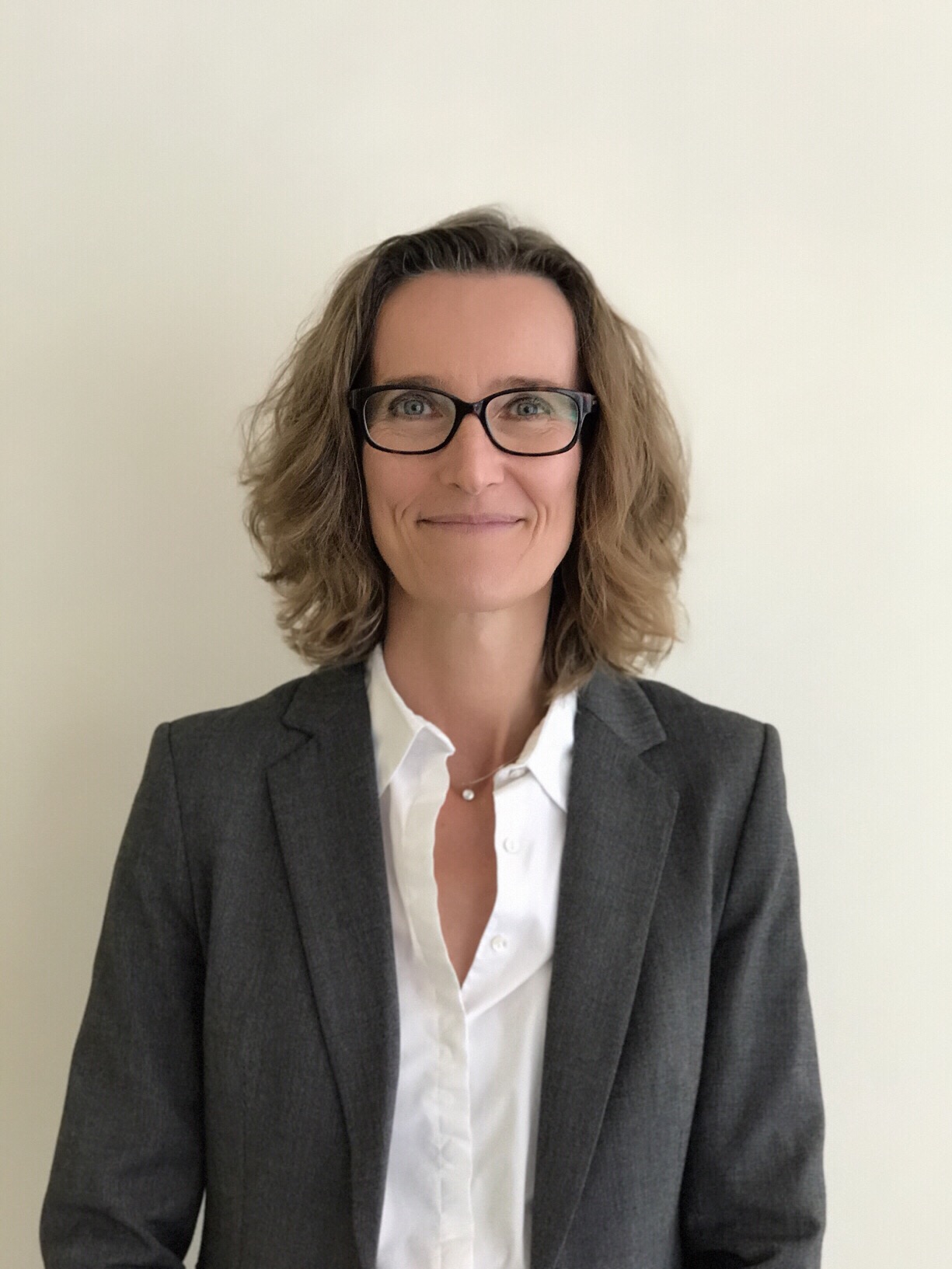 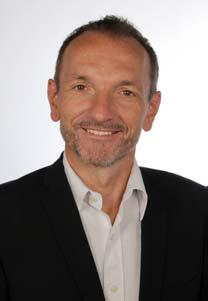 Professor Drexl is the Director of the Max Planck Institute for Innovation and Competition in Munich (since 2002), a Honorary Professor at the University of Munich and a member of the Bavarian Academy of Science. As the Chair of the Board of Directors of the Munich Intellectual Property Law Center (MIPLC), Professor Drexl is responsible for an LL.M. program in IP with international outreach. He was the founding Chair of the Academic Society for Competition Law (ASCOLA) from 2003 to 2013, and he is a Vice-President of the Association Internationale de Droit Economique (AIDE). He acted as a visiting professor at Oxford University, the Libera Università Internazionale per gli Studi Sociali (LUISS) Guido Carli in Rome, the New York University and the Université de Paris 2 Panthéon-Assas. Professor Drexl is an expert in both competition law and intellectual property law. The competition law aspects of IP and international issues of both IP and competition law are among his major research interests. 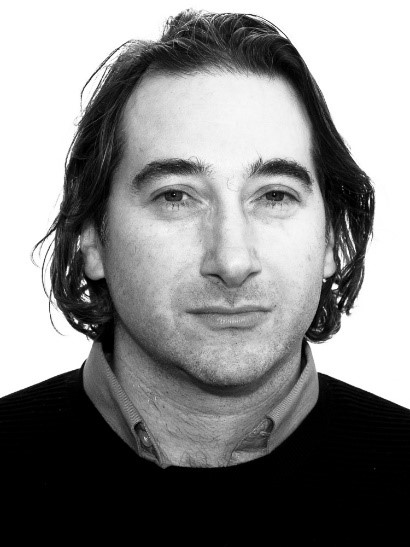 Xavier Groussot is professor of EU Law at Lund University, Faculty of Law. He is also pro dean and the Director of the Master Programme in European Business Law. In 2009, Xavier Groussot became a guest professor at Université Panthéon-Assas (Paris II) where he is teaching the course of EU Free Movement Law within the European College of Paris. He is also guest Professor at the University of Reykjavik where he spend his research sabbatical. Professor Groussot is responsible for the faculty MOOC in European Business Law, which is the first course on this topic worldwide. He is a member of the academic board of the Swedish Institute for European Policy Studies (SIEPS). His areas of research interests relate to constitutional law, economic law, procedural law, federalism and legal theory. He has published extensively at international level. At this stage, he has published five books and written more than 50 articles. 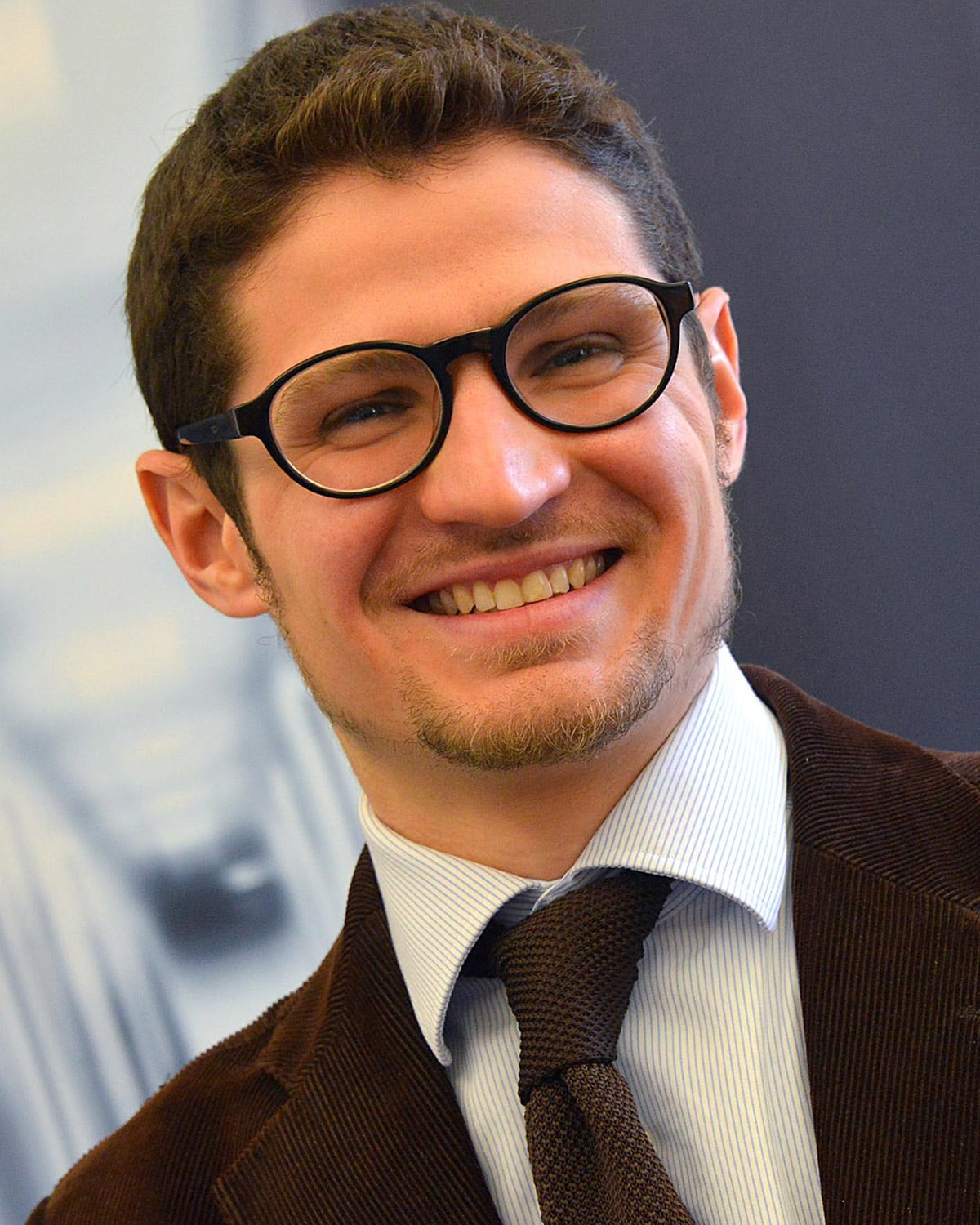 Federico Fabbrini research focuses on EU law and spans from the field of fundamental rights to Economic and Monetary Union, up to Brexit and the future of Europe. Federico has published articles in the biggest law journals. He is the author of two monographs and has edited or co-edited six other volumes. 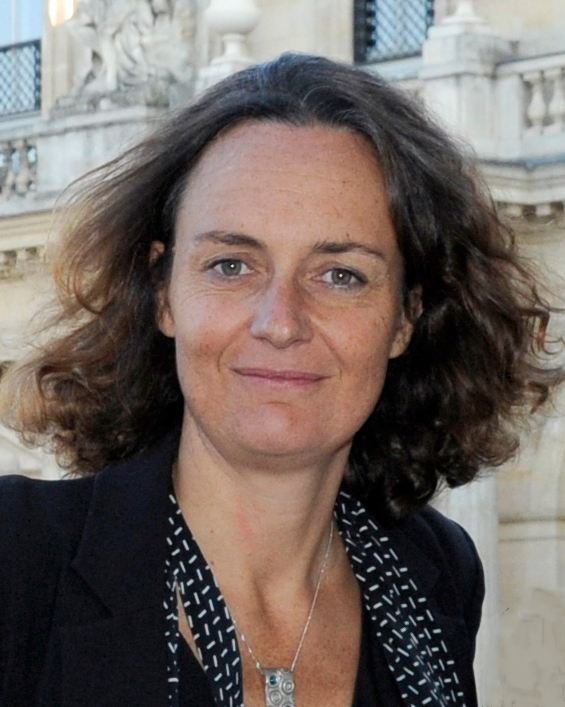 Agrégée des facultés de droit, is Conseillère d’Etat (as of October 2018) and was Professor of Law at the University Panthéon-Assas, Paris II (2002-2018).

She publishes in French and in English in the field of European law, comparative law, contract law and Private international law.

She is the scientific director of Recueil Dalloz and Revue internationale de droit comparé. 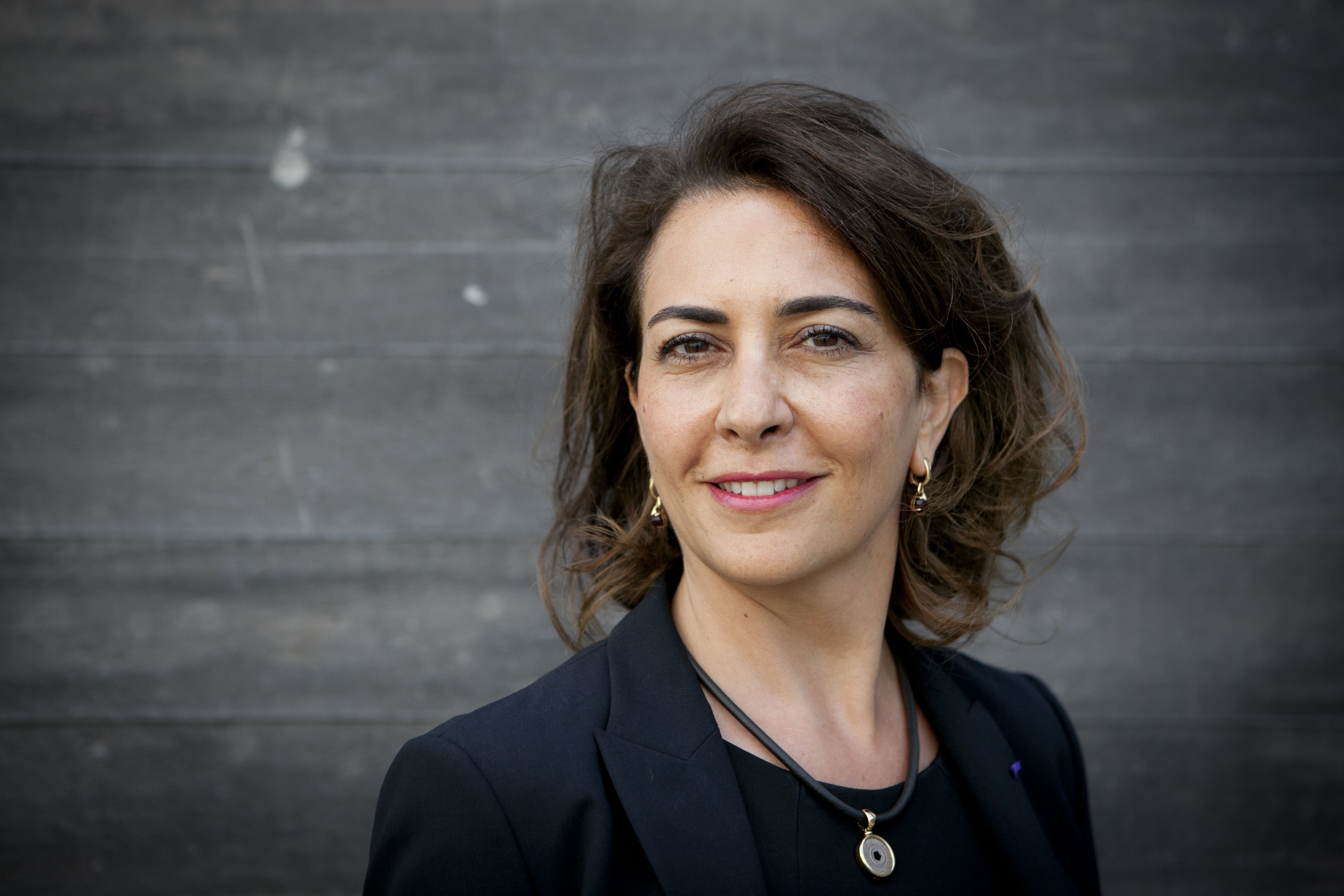 Christine Kaddous is Professor at the University of Geneva since 2002. She is a visiting Professor at the Montesquieu University in Bordeaux, Nice Sophia Antipolis, Paris II (Panthéon Assas) as well as at the College of Europe. Mme Kaddous is Director of the Centre d’études juridiques européennes (CEJE, Center for European Legal Studies) and holds a Jean Monnet Chair ad personam. She is also Co-Director of the Master of Advanced Studies in European and International Governance (MEIG Programme).

She pursued her legal studies in Switzerland (BA and PhD), the United Kingdom (MA in Law, LL.M. (Cantab) at the University of Cambridge) and Belgium (MA in European Studies at the Université Libre de Bruxelles). She was admitted to the Bar in 1991 and worked in Commercial Law firms in different cities, in particular in Geneva.