Afficher dans "A propos":
Oui
A la une dans le carrousel (Largepa):
Oui
The European Union is one of the most complex yet fascinating socio-economic organizations in today’s world.

Its legal system is the backbone of the well functioning of its policies and at Université Panthéon-Assas, you will be able to study the most relevant areas of law and gain insight into the political, legal and financial implications it entails. As a major international player, the European Union has established ties with countries all over the world in cooperation, financial and humanitarian capacities. Nowadays, it is essential to understand the functioning and nature of the relationship between the European Union and its Member States and its international identity. The European Union is ever growing and more insightful experts are required in the field; at Université Panthéon-Assas, you will gain the necessary skills to face the exciting challenges and opportunities you may encounter.

The LLM European law offered at Université Panthéon-Assas is a unique and concise program, which offers you the possibility to study in depth areas of European law most relevant today. As part of a discipline that is constantly evolving and growing, a genuinely European team of highly qualified professors teaches the courses. The Faculty has a reputation of excellence, as well as the quality of its teaching and its research projects with its strong links with French, European and International institutions, the business world and the legal profession. The program is open to students with a legal background from any place in the world and continues to offer its LLM as part of the exchange program with American Law Schools. 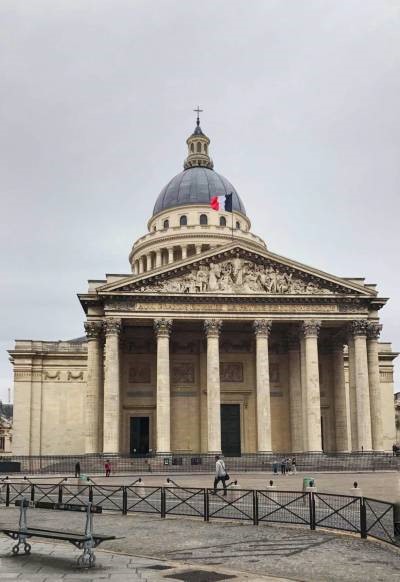 Historically rich, University Paris II Panthéon-Assas is the heir of the former Faculté de Droit et de Sciences Economiques de Paris, once comprising the Sorbonne University and located in the heart of the Latin Quarter since the 13th century. At its origins, the University of Paris united four faculties: Theology, Medicine, Art, and Law. For nearly five centuries the teaching of Law was centred exclusively on the ecclesiastical law until, under the reign of Louis XIV, Colbert introduced the instruction of civil law, from which French law would eventually arise. The university headquarters are situated in Paris' 5th district, at the Place du Panthéon. The building once designated as the law faculty, in and of itself, bears testimony to a rich and storied past, witnessing changes in form and function from its construction in 1770 and onwards: it was first part and parcel of the vast urban planning project that circumscribed the Panthéon, then transformed into city hall during the Revolution, extended in the 19th century and again in the 1950's once its original purpose, its earliest raison d'être, was reinstated in 1805. The centre at "rue d'Assas" was built at the beginning of the 1960s by J. Le Maresquier, giving the University of Paris, fragmented after the revolutionary events of 1968, its present name "Paris II Panthéon-Assas”. French and foreign students either beginning their studies or in training, adults resuming their education, or professionals advancing in their fields thanks to our continuing education program, benefit from a large course selection aligned with the LMD system and responsive to the demands of an ever-changing labour market. 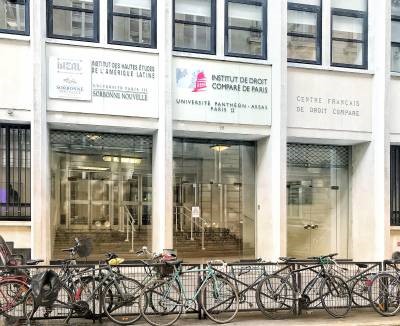 University Paris II Panthéon-Assas advocates diversity and cultivates a true synergy between research, instruction, and application. It offers a broad choice of courses both in initial and continuing education, combining study abroad and work experience. Considered as France's first law university, University Paris II Panthéon-Assas is dedicated to upholding the tradition from which it arose, preserving, yet ever-striving to raise its level of excellence in the following disciplines: Private Law and Criminal Science, Public Law, Political Science, Roman Law, History of Law, Economics, Management, Information and Communication Sciences. Our extensive partnerships not only with major French, European, and International agencies but also with major financial and industrial firms, ensure anchorage in the professional world and guarantee the veritable polyvalence for which we are known. Attentive to students' needs, the university provides academic programs adapted to and organized within the LMD framework. Various digital services, tutorials, an ever-growing and comprehensive library database, course and professional counselling services, and a selection of extracurricular athletic and cultural activities all act in concert to complete and harmonize each student's university experience.