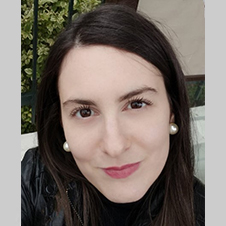 Lydia Kriki is originally from Greece. She holds an LL.B. and an LL.M. in Public International Law from the University of Athens, while her graduate thesis discussing a possible right to energy was honorably published by a top-tier academic publisher in Greece. After she spent a winter in the Hague Academy of International Law, she disembarked in Paris, to participate in the European Law LL.M. in Université Paris II Panthéon-Assas. She has worked in the Greek Energy Regulator, gaining experience in the field, and bolstering the Energy Community policies. She has published several articles in prestigious legal journals, dealing with human rights, environmental law, and the EU acquis communautaire. She is now back in Greece, working on European projects aiming at the unification of the European family laws. 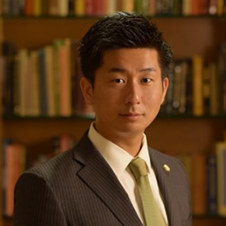 He is working as an attorney at law in Fukuoka, which is on the South Island of Japan. His major fields are corporate law, labor law, real estate law and criminal law. Before entering the Université Paris II Panthéon-Assas, he had dealt with lawsuits in these areas and successfully advised and supported clients in establishing their companies and investing in real estate in Asian countries. Regarding criminal law, he received the highest accolade in the New Lawyer Award from one of the most famous legal publications in Japan. After graduation from our LL.M program and because of becoming one of the few Japanese attorneys who understands EU regulations, his focus is developing new shared areas of interest between EU member states and Japan. 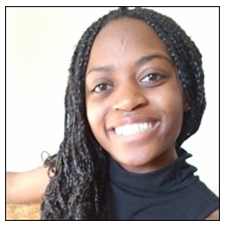 Alexus McNally is a 2020 J.D. LL.M. graduate of Université Paris II Panthéon-Assas and Indiana University Maurer School of Law. Before beginning her legal studies, she earned a bachelor’s degree in psychology and English literature at Georgia State University. While studying in Paris she worked on project management at the German Marshall Fund as a Leadership Programs Assistant and is currently serving as judicial clerk to the Honorable Judge Douglas Brady at the United States Virgin Islands Superior Court. At Indiana University Maurer School of Law, Alexus enriched her legal education with a multitude of experiential opportunities. She worked at a law firm in Buenos Aires, as a Milton Stewart Fellow, and as a legal intern at the U.S. State Department during the summers after her first two years of law school. She also interned at the Indiana Court of Appeals in the chambers of Judge Edward W. Najam. Alexus served as Maurer’s first-ever Diversity and Inclusion Fellow. Through her role, she coordinated with faculty, staff, and students and created a series of workshops designed to interrogate implicit biases and foster a more inclusive environment on campus. She also served on several student org executive boards and won the Student Leadership in Fostering Community and Inclusiveness Award of the 2018/2019 school year. She hopes to use her legal degrees to become a change agent and will pursue a career in policy after the completion of her clerkship. 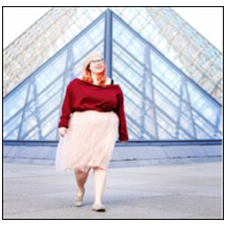 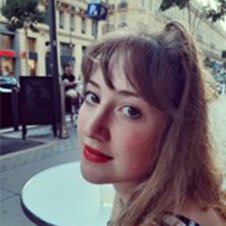 Lenne is originally from Germany and studied German and International Law at the Free University of Berlin and the University of Buenos Aires. She specialized in European and International Public Law and graduated in March 2018. During and after her studies she also worked for the German TV channel "ZDF" (Second German Television) and wrote for a political newspaper. Among other things, she accompanied the 2018 presidential elections in Brazil, while at the same time volunteering as an English teacher for a Brazilian NGO which aims to target social inequalities in Brazil via free education for children of the Favelas. The cohesion of the European Union is one of her key concerns which motivated her to study French and to obtain a master’s degree in European Law at the Paris II Panthéon-Assas. She speaks German, English, Spanish, French and some Portuguese. 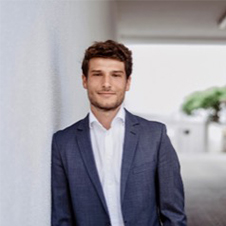 Adrian is a lawyer from Germany where he graduated from Bucerius Law School in Hamburg. During his legal studies he specialized in EU and international law and studied at the University of Cambridge. Outside of law school, he volunteered at a local refugee law clinic and worked for an NGO focusing on the fight against corruption. He continued his specialization in EU law during his practical legal training in Germany, when he also completed a secondment to the European Commission. The opportunity to further deepen his knowledge of EU law motivated him to apply for the LL.M. in EU law at the Université Paris II - Panthéon-Assas. Currently, Adrian works for an international law firm in the field of EU law, including state aid and public procurement law. He loves sports, traveling and live music. 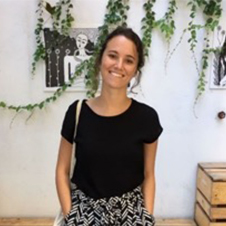 She is originally from Italy but now lives in Luxembourg. She completed her law degree at the University of Trento, in Italy, where she focused her studies on International and European Law. During those years she spent a year in China at Shanghai International Studies University, thanks to the full Overseas Scholarship, where she exposed herself to a new culture and a different study methodology. Moreover, she spent a semester as a visiting researcher at the European School of Maastricht where she wrote her final dissertation on how the provisions of the Convention on the Right of the Child have been implemented in China, Europe and in the United States. Besides her academic experience she also acquired practical skills. She worked as a trainee lawyer in a criminal law firm and she worked as a legal advisor at the Legal Clinic of Human Rights, at the University of Palermo, where she collaborated to a research project that examines the persecution based on Sexual orientation and gender identity in Europe under the meaning of international protection. These experiences motivated her to apply to the Université Paris II Panthéon-Assas LL.M.

She is currently a Ph.D. candidate at the Faculty of Law Economics and Finance at the University of Luxembourg, where she in mainly interested in the issues of the migrant and refugee crisis in Europe and the challenges of human rights protection as well as the institutional response to these threats. 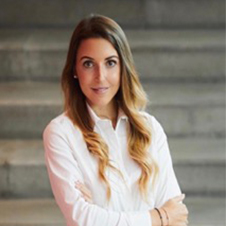 Judith is originally from Germany and lives in Düsseldorf. She studied Law at the University of Düsseldorf with a major in German and European Competition, Antitrust and Intellectual Property Law. As part of her major, Judith accomplished the “Düsseldorf Summer School on European Business Law”, where she studied about Corporate, Restructuring and Competition Law of the European Union, including its economic foundations. During her academic career Judith studied in the United States for one semester. The new culture, different education and interesting people inspired her to leave Germany once again and move to Paris to obtain a Master of Laws degree in European Law at the Université Paris II. After the LL.M. program Judith started to work for McDermott Will & Emery and will continue to obtain her bar exam. 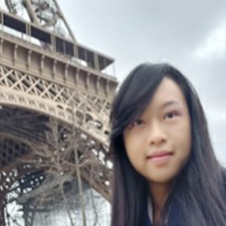 Ha Yen Trinh is originally from Vietnam. She had been working for Baker & McKenzie for five years since 2014, focusing on international trade policies, foreign direct investment, and merger and acquisition. In 2015, Ha Yen obtained her LL.B. from the Foreign Trade University (Vietnam), specialized in International Trade Law. Afterward, she graduated from the Judicial Academy (Vietnam) in 2017 and passed the National Bar Exam in 2019. The more she researches, the more she yearns for knowledge, especially regarding global affairs. Therefore, she moved to France, where she achieved the LL.M. in European Law from the Panthéon Assas University Paris II in 2020. In the same year, she came back to Vietnam and was qualified as a professional lawyer by the Vietnam Ministry of Justice. Ha Yen has started up her own business, is now living in Hanoi, and prepares to settle in Europe again. In addition to her native Vietnamese, Ha Yen communicates fluently in English, elementarily in French, and basically in German and Mandarin Chinese 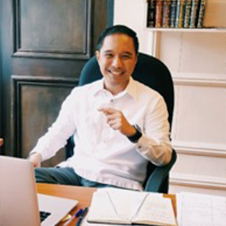 Victor is a lawyer from the Philippines where he has worked as an associate in a Manila-based law firm and as an officer in various capacities in the executive and legislative agencies of the Philippine government. Prior to pursuing his legal career, he attended and graduated from film school where he honed his passion for story-telling and advocacy. He was a student activist and was the president of the national union of students in the Philippines. At present, he is currently taking a second LL.M. degree in international arbitration and disputes settlement in Paris. He plans on pursuing a career in international law and cross-border disputes. He loves traveling and enjoys photography.