Discover more about our international team of professors, academic experts and practitioners 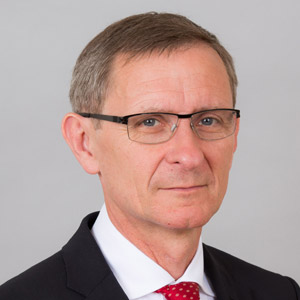 He is Director of the doctoral school of private law and in charge of the administrative service “Quality/Assessment”. He is also vice-president of the department of private law. He is the author of several books (Banking Law/Droit bancaire, LGDJ 12th éd. 2017; Financial Law/Droit financier (in collaboration), LGDJ 1st éd. 2017; Banking and Financial European and international regulation /Régulation bancaire et financière européenne et internationale, Bruylant 3rd éd. 2016 and 4th éd. 2018) and numerous articles on these subjects. He is a columnist for several law journals. One of the columns is related to financial European and International Law.

Panel member in several French or English law magazines (Bulletin Joly Bourse; Banque et droit; Corporate finance and Capital Markets Law Review, Journal of Financial Regulation), he is co-director of one of them (Revue de droit bancaire et financier), the chairman of the Scientific Council of the International Review of Financial Services (IRFS) and a board member of European Society for banking law and financial Law. He also contributes to the European Banking Institute (EBI). He acts as a legal consultant or expert for law firms and financial institutions, in Paris, in London and in the USA. Find out more 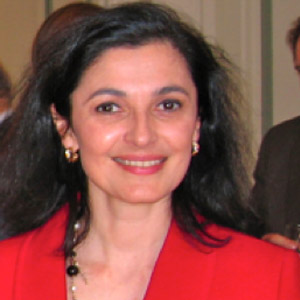 Emmanuelle CHEVREAU is a Roman law Professor at Paris 2 Panthéon-Assas University, President of Section Legal History of the Conseil National des Universités and President of the Conseil National du Droit as well as Director of the Institute of Roman law. Mrs. CHEVREAU holds a double undergraduate degree and a double master’s in Law and History from Paris 2 University and Paris IV-Sorbonne University. She also directs an International PhD program on “legal pluralism” in association with the University of Palermo (Sicily).

She is also a member of several editorial committees of French and foreign recognized law publishers. She is regularly a visiting professor in many universities not only in Europe but also in the US, Chile, Argentina, and Lebanon. Find out more

Idris Fassassi is a Professor of Law at Paris 2 University. He holds a Ph.D. in constitutional law from Aix-en-Provence Law School, a Master of Laws (LL.M.) from Harvard Law School. He is also a qualified attorney admitted to the New York bar and he was a Fulbright scholar and visiting researcher at New York University law school. 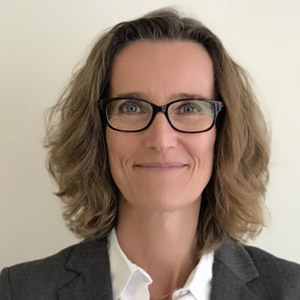 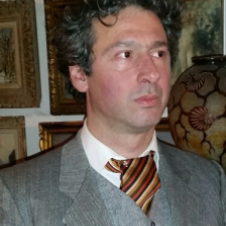 Professor of International and European Law, Carlo Santulli is the director of the Paris Institut des Hautes Etudes Internationales (www.ihei.fr) and of the French leading public international law review: Revue générale de droit international public. He is also a member of the editorial board of the Revue française de droit administratif as well as of the scientific council of the review Diritti umani e diritto internazionale. 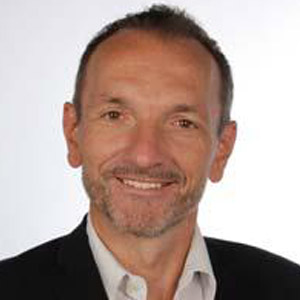 Professor DREXL is the Director of the Max Planck Institute for Innovation and Competition in Munich (since 2002), an Honorary Professor at the University of Munich and a member of the Bavarian Academy of Science. As the Chair of the Board of Directors of the Munich Intellectual Property Law Centre (MIPLC), Professor Drexl is responsible for an LL.M. program in IP with international outreach. He was the founding Chair of the Academic Society for Competition Law (ASCOLA) from 2003 to 2013, and he is a Vice-President of the Association Internationale de Droit Économique (AIDE). He acted as a visiting professor at Oxford University, the Libera Università Internazionale per gli Studi Sociali (LUISS) Guido Carli in Rome, the New York University, and Paris 2 Panthéon-Assas University. Professor DREXL is an expert in both competition law and intellectual property law. The competition law aspects of IP and international issues of both IP and competition law are among his major research interests. 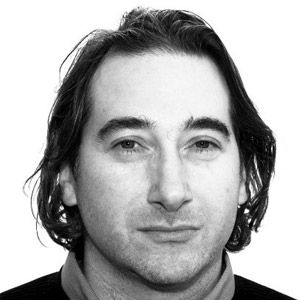 Xavier GROUSSOT is the professor of EU Law at Lund University, Faculty of Law. He is also pro-dean and the Director of the Master Programme in European Business Law. In 2009, Xavier GROUSSOT became a guest professor at Paris 2 Panthéon-Assas University, where he is teaching the course of EU Free Movement Law within the European College of Paris. He is also guest Professor at the University of Reykjavik where he spent his research sabbatical. Professor GROUSSOT is responsible for the faculty MOOC in European Business Law, which is the first course on this topic worldwide. He is a member of the academic board of the Swedish Institute for European Policy Studies (SIEPS). His areas of research interests relate to constitutional law, economic law, procedural law, federalism, and legal theory. He has published extensively at international level. At this stage, he has published five books and written more than 50 articles. 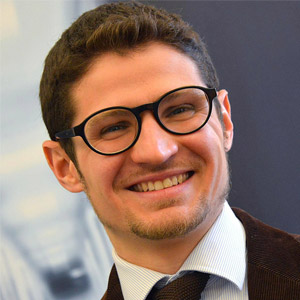 Federico FABBRINI research focuses on EU law and spans from the field of fundamental rights to Economic and Monetary Union, up to Brexit and the future of Europe. Federico has published articles in the biggest law journals. He is the author of two monographs and has edited or co-edited six other volumes. 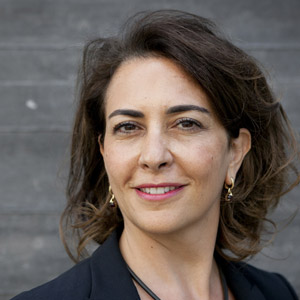 Christine KADDOUS is Professor at the University of Geneva since 2002. She is a visiting Professor at the Montesquieu University in Bordeaux, Nice Sophia Antipolis, Paris 2 Panthéon-Assas University as well as at the College of Europe. Mrs. KADDOUS is Director of the Centre d’études juridiques européennes (CEJE, Center for European Legal Studies) and holds a Jean Monnet Chair ad personam. She is also Co-Director of the Master of Advanced Studies in European and International Governance (MEIG Programme).

She pursued her legal studies in Switzerland (BA and PhD), the United Kingdom (MA in Law, LL.M. (Cantab) at the University of Cambridge) and Belgium (MA in European Studies at the Université Libre de Bruxelles). She was admitted to the Bar in 1991 and worked in Commercial Law firms in different cities, in Geneva. 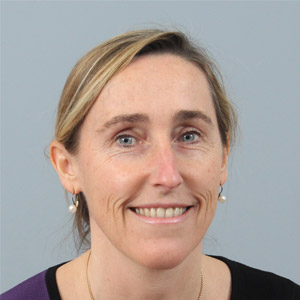 Marie MERCAT-BRUNS is an Affiliated Professor a Sciences Po Law School and a tenured Associate Law Professor at the Conservatoire National des Arts et Métiers where she co-pilots the Gender Program (LISE, CNRS). She holds an LLM from the University of Pennsylvania Law School and comparative PhD on Law and Aging from the University of Paris West Nanterre (two national prizes). She is a member of the scientific board of Presage (Science Po Gender program) and she recently consulted in the Spring of 2018 by the Ministry of Justice for pending reform on guardianship law in France considering CRPD. She was appointed as one of the two general reporters of the National Academy of Comparative Law Thematic Congress on the "Enforcement and Effectiveness of Anti-discrimination law" in Uruguay 2016 (published by Springer 2018 on the law in over 20 countries). She led in June 2016 a two-year study for the Ministry of Justice and Defender of Rights on anti-discrimination law in France and the Netherlands, co-leading a team of colleagues from Paris 2 Panthéon-Assas University CERSA (CNRS) and the Research Institute CEVIPOF-Science Po.

Previously, in 2009, she helped to create with students a community-based public interest law clinic at Science Po Law School which she currently supervises. It is focused on discrimination law, poverty law, human rights in detention and street law as well. In 2013, she was appointed as a member of group of experts to brainstorm for the former Minister in charge of Senior Citizens Michele DELAUNAY, on the fundamental rights of residents in long-term care facilities in preparation of the new law on the “Adjustment of Society to Aging” which passed in December 2015. Her recent books present a critical view of systemic, multiple discrimination and discriminatory harassment in a comparative perspective. 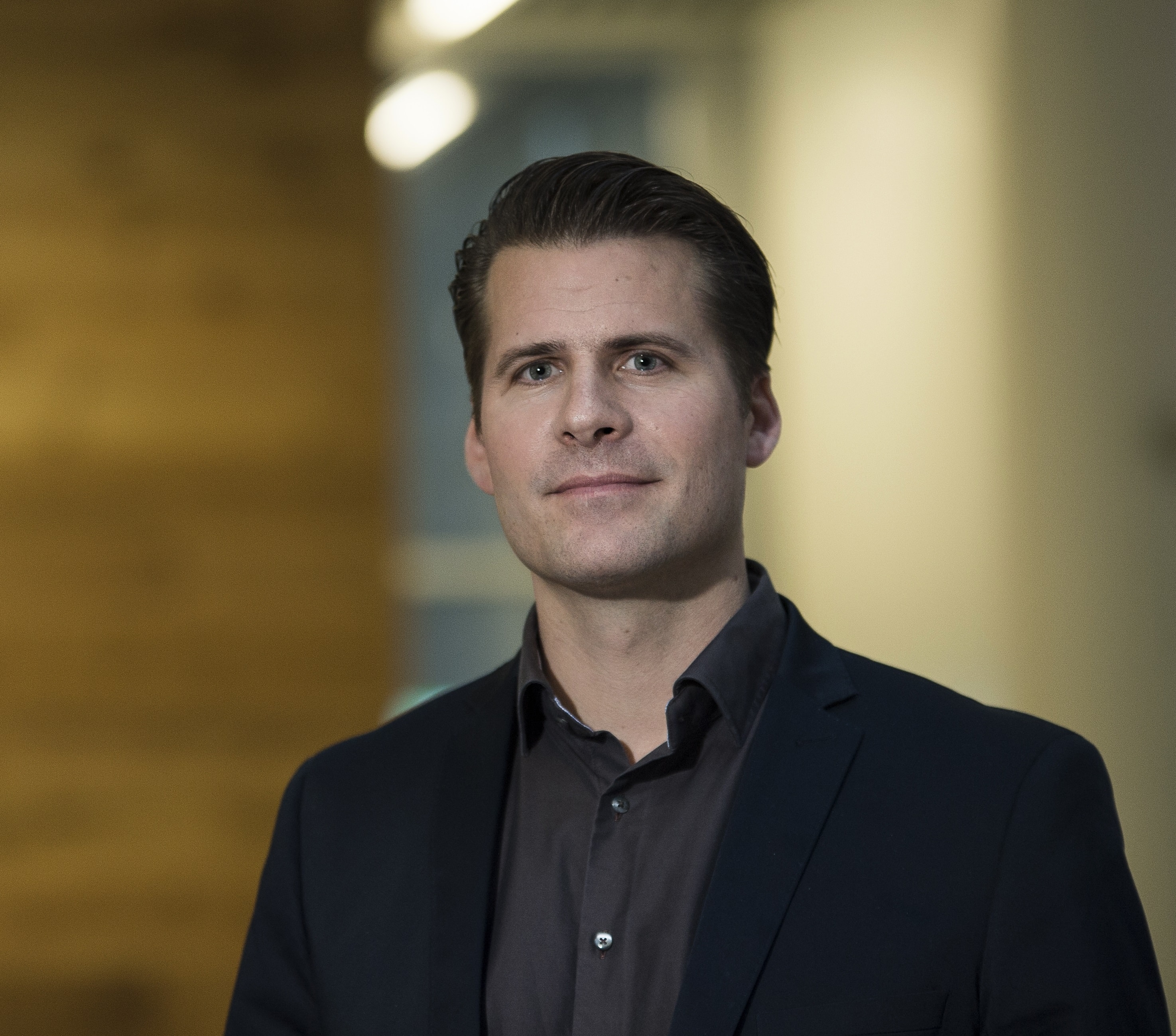 Gunnar Þór PETURSSON is Professor at Reykjavik University, School of Law, Iceland. He also conducts his academic activity as a visiting Professor in Paris 2 Panthéon-Assas University (as of 2017) and Visiting Lecturer on the Faculty of Law of Lund University in Sweden (as of 2010).

Formerly, Gunnar Þór Petursson occupied the position of Director of Internal Market Affairs Directorate with EFTA Surveillance Authority in Brussels, Belgium. He re-joined the office again after working with EFTA in the period between 1999 and 2004. Before starting the academic career, between 2008 and 2017, he worked as a legal advisor occupying senior positions for various public, including governmental and private bodies. Education and qualification: Dr. Juris from Lund University, Sweden. Master of Laws (LL.M) with distinction from University of Lund, Sweden. Cand. Juris degree (5 years) from University of Iceland, Faculty of Law. Admitted to practice before Iceland’s District Courts (since April 2002). 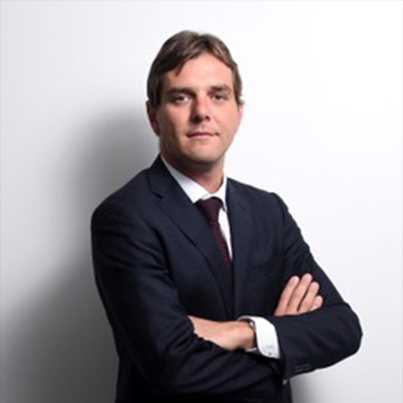 David BOSCO is Professor of Law at the University of Aix-Marseille. He is specialized in competition law. He is the director of the University's Economic Law degree, and of the Master Distribution Concurrence. He heads the French chapter of the Academic Society for Competition Law (ASCOLA). 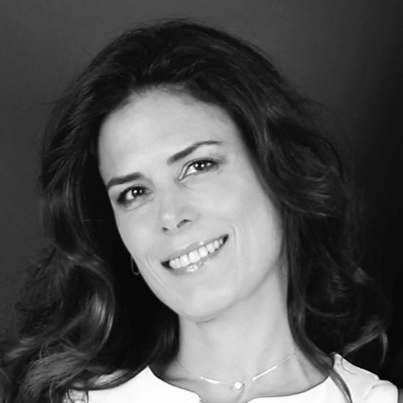 Maria José AZAR-BAUD is an Associate Professor (maître de conférences) at the University of Paris-Saclay, and lecturer at several International Universities, such as Panthéon-Sorbonne and Paris 2 Panthéon-Assas universities and, in the past, business schools (ESCP). She has a double PhD (Panthéon-Sorbonne and Buenos Aires Universities) focusing on Collective redress in Consumer Law, under a Comparative Law perspective, which was published in French by Dalloz, in 2013. Maria José has written more than 80 papers in Spanish, French and English and is one of the main authors of a Study on the State of play of Collective redress in Europe, requested by the European Parliament in 2018. At University, she co-chairs the Paris-Saclay Legal Clinics, and is the head of the Observatory of Group Actions and other forms of Collective Redress, that she founded in 2017. Aside from lecturing and training, Maria José acts as an independent counsel on Management of Mass Disputes and seats at the Executive Board of two European non-profit organizations seeking, as plaintiffs, to grant access to justice on a collective scale. She has been heard as expert at the French Senate and Assembly, several Ministries as well as in the European Parliament on representative and group actions Drafts. As a former lawyer at the Bar of Buenos Aires, she has dealt with collective actions, both plaintiff and defendant side, in leading collective cases in Argentina.